I love following the “trail” of the biblical teachers to see how they go from a question that is asked of them to get to the “meat” of the issue (not many liked my pun yesterday).  Jesus did this often.  Take the rich young ruler in Matthew 19 (vs. 16-22).  He asked Jesus what good deed he could do to inherit eternal life and Jesus eventually targeted a command that wasn’t exactly listed in the Bible.  Jesus knew this young guy loved his money more than Jesus and Jesus went after that.  The young guy wanted eternal life but didn’t want it more than his money.  We see the same issue with Paul in 1 Corinthians 8-10.  The original question is “should a Christian eat meat sacrificed to an idol?”  Whether that meat was sold at the meat market or served at a Temple feast.  Paul answered both questions, but he used the original question to get to the real issue, which was the idolatrous immorality and sinful lifestyles of some of the Corinthian Christians.

Here’s the trail of his argument:

See the issue is the sin, but the Corinthians’ question was eating meat.  This is a very challenging and nuanced section of Scripture that we must handle with care.  But, we can see how Paul’s use of the question to get to the real issue helps us help others.  Some examples:

In my years in the ministry, I have found that people like to put on fronts, like to protect their reputations, and are afraid of being exposed.  I’ve said often, “everyone wants accountability until they get it.”  It’s true.  We’ll ask off-the-wall questions, make untrue accusations, and even remember things that never happened…all for the sake of the cover-up.

Now, this is important because as John Calvin said, “The human heart is a factory of idols. Every one of us is, from his mother’s womb, expert in inventing idols.”  So, if we don’t believe this about ourselves and we don’t ‘mistrust’ our sinful selves, we’ll be caught in a lie about ourselves.  To help you explore the idols are of your heart, here’s a link to the best chart I know that helps reveal some of the “idols of the heart”:   https://static1.squarespace.com/static/596cfcfbf14aa172e05bd936/t/5e4f53431f02d40d7ea6277b/1582256963359/List+of+Idols+-+Tim+Keller_Edited.pdf

Let me add a conclusion to the example I used on Sunday about quitting baseball.  In 1995 and 1996 the UVC baseball teams that I coached were 2-16 and 11-10 respectively (for non-sports’ fans the first number is wins and the second number is losses).  But something was amiss.  I was angry, proud, and self-serving.  I did things on the field that revealed this.  During the 96-97 offseason, the Lord was really convicting me to quit and get my priorities in line with His.  But I delayed and waited because I couldn’t do it.  Finally, on the eve of the start of the season, I relented, repented, and humbled myself before the Lord.  I called a friend who I thought would be willing to coach the team and I called the AD and resigned.  The following day, which was the first day of practice, I talked to the boys.  It was crushing to them and it killed me.  But I knew it was the right decision.  I didn’t even attend a game for the next 3 seasons.

Over that time, the Lord began to help me re-align my heart.  I started seeing all of life as a gift from God.  I started seeing different gifts/interests being used for His glory.  And I started seeing how I could do things without idolizing things.  I could see beyond the music, art, movie, etc. and see the hidden hand of a great God.  And then in 2000, the UVC AD called me and asked if I would be willing to assist the head coach for that season, which would be the head coach’s last year because his son was graduating.  After talking with Jill and others I respect, they had all noticed a sincere heart change in me about baseball.  And with their blessing, I stepped back on to the field again to coach.  It was exhilarating and nerve-wracking.  Gone was the “everyday” anger.  Gone was “win at all costs”.  Gone was seeing failure as defining.  And what came over me was an ability to see through the game to young men’s hearts.

Now, while it’s not perfect (there are times I’ve repented to umpires and asked my team to forgive me), it’s been quite the wonderful journey of God redeeming something in my life for His glory and others’ good and allowing me to do something I love and enjoy.

This coming Sunday, we will talk about all things being done for the glory of God as we look at 1 Corinthians 10:23-11:1.  It is absolutely one of my favorite things to talk about.  Can’t wait until Sunday!

Have a great week.  Looks like warmer days are ahead this week! 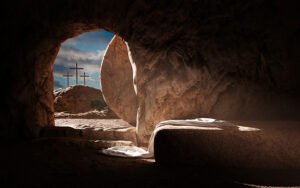 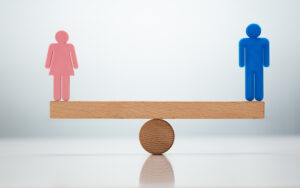