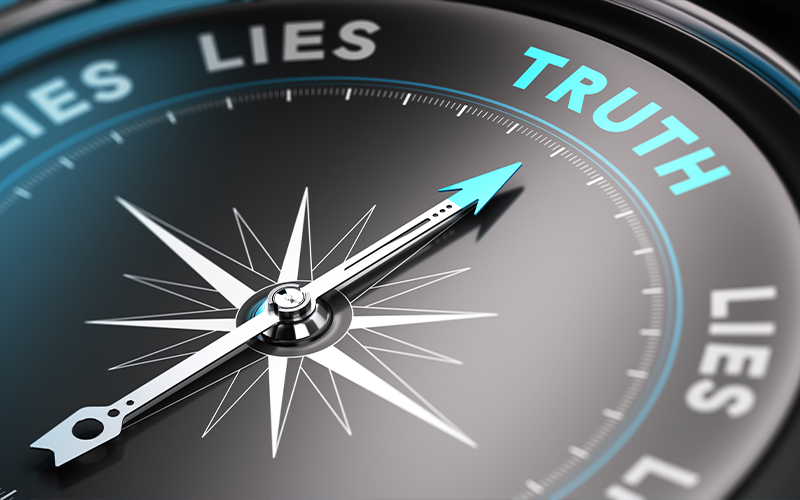 I got home yesterday, and it suddenly hit me…I forgot to mention anything at church about the 4th of July coming up on Monday.  I can assure you that this wasn’t intentional.  I was so focused on preaching, talking about the deaths in our community, and honoring our VBS team, that it just slipped my mind.  I can also assure you that it isn’t because I’m afraid of commenting on national things or because I have a bent against the USA.

So, I thought I would take a few moments this morning, which is July 4th (the day I’m writing), to talk about this great nation we live in.

Proud to Be an American:

Without having Lee Greenwood play in the background, I honestly have a great sense of pride when I say that I’m an American.  It really is the greatest place on earth to live in.  Yes, we have our issues (more on that in a moment). Still, I’ve asked myself often, “where else would I rather be born and raised?”.  I’ve been to other parts of the world, and there are places that are more beautiful, and there are some places that are more technologically advanced, but there is no place like home (to quote Dorothy).  I’ve also wondered, “if America is such an awful place, why are people flooding the borders to come here?”  It’s because of the opportunities that exist and the chance for new lives to be formed.  This is why I don’t quite understand the narrative that America is a horrible place and that it’s not a great nation.

Those Who Have Gone Before Me:

Part of my appreciation (I would say much of it) is due to those who have gone before me in this great nation.   I’m humbled when I think of the men and women who have fought in our military and the ones who paid the highest price for the American Ideal.  For some reason, God made me very loyal, and I have an unusual sense of loyalty to those willing to sacrifice their lives and years to protect our nation and fight in foreign wars.

But I also think of the countless Americans who didn’t serve (either of their own choice or other’s choices) who love this nation and are willing to fight against injustices, treat others with respect, and live within the ideals that make this nation great.  Many of these people will never be mentioned in a history book, but I have a sense of loyalty to their sacrifices.

Truth Should Win the Day:

Now, all that to say, we do have challenges as Americans.  One that I am working at speaking about with others and dealing with personally, is one of the wonders of democracy.  It’s the ability to talk with people we disagree, treat them with respect, hear their concerns, give a rebuttal, leave the table with a handshake, and come back together later to do it all again.  It’s called treating others (all people) as if they’re made in the image of God and doing what 1 Peter 3:15 tells us to do, which is to answer people with “gentleness and respect of the hope that we have within us.”  The reasons we do this are multiple, but one main reason is that truth is what wins, not the strength of personality or force of will.  I used to believe that people would change if I just said things louder.  But as I put myself in their shoes, I started understanding that no one liked to be yelled at, and no one liked feeling disrespected.

I am concerned (deeply concerned) that we have become more divided than ever because we live and speak in “silos” and honestly never hear from one another.  I don’t think this sharpens any of us or helps us come to good conclusions, nor does it allow truth to win the day. Instead, we have created “straw man” arguments, and we have made the “other” side look less than human, which we feel gives us a right to treat others poorly (FYI:  it doesn’t).

So, one of my prayers for our nation is a prayer I have for our church (which is who this blog post is for), is this:  that we would be respectful, grace-filled people, who treat others who disagree with us with gentleness and kindness, and we commit ourselves to let truth win our hearts.  It’s a big ask for the nation, but it’s not a big prayer for our church.

I want us to be merciful, which means to get inside the other person’s skin, to understand their experiences, before telling them the answer to their “issues.”  One thing that will start to affect us when we look at people “eye-ball to eye-ball” is compassion, empathy, and the amazing opportunities to share the gospel (the hope within us).

So, CLF, this is why we have emphasized being hospitable, getting to know your neighbors, serving others who genuinely need it, praying for co-workers, and sharing your faith.  It’s because we believe that faithful gospel witness comes as we have face-to-face, respectful, gentle, gracious, and empathetic conversations with others (and many of them will be those who disagree with us on political issues or religious issues).

A Righteousness That is Not Our Own:

To connect Sunday’s sermon to this:  when we believe that Jesus is our righteousness before God and grasp that it’s His work that gains our approval before God, we will have the hope that we need to fight the fear of man and cowardice.

Let me quote Paul Tripp on this issue to help us. This is from New Morning Mercies, June 30th:

“Jesus didn’t die just for your past and your future. He really did shed his blood for your here and now too. He died for the tough conversation that you need to have with your spouse, your rebellious teenager, or your friend. He died for your struggle to work for that angry, constantly dissatisfied boss. He died for the tensions in your broken and dysfunctional extended family. He died for the sexual temptation that seems to get the better of you. He died for the materialism that seems to kidnap you. He died for your fear of the opinions of others. He died for the torment of your anxiety and the darkness of your depression. He died so that you would have everything you need to live as he intended between the “already” of your conversion and the “not yet” of your resurrection. When you begin to understand the wonderful new identity and provision that is yours as his child, it really does change the way you think and the way you live. If he has granted you his full and complete acceptance, even on your worst day, then why should you seek to get your inner peace from the acceptance of a flawed human being? His present grace frees us from so much of the fear and control that distorts our relationships. If he is with you, providing in his presence and grace whatever you need to do what he has called you to do, why should you fear what’s around the corner? When you begin to understand what you have been given in his right here, right now grace, you quit asking people, places, and things to be your savior. Because you know what he thinks of you, you are free to worry less about what the person next to you thinks. That’s a freedom many of us could use!”

That is genuinely an Independence Day message that we all need to hear.

This coming Sunday, we will study Romans 6:1-14 as we look at being dead to sin and alive to God.  And this Sunday, Lord willing, we will be at One Champion Field for 1 combined service at 10:30.  I can’t wait for an outdoor service.  But I really can’t wait for where Romans 6 is about to take us.  Knowing that it’s Christ’s righteousness granted to us by God’s grace could lead some to think, “well, since grace is on the scene, I can just sin all I want.”  And, honestly, if we’re preaching the gospel correctly, people should ask this question or ponder this idea.  And Paul is going to answer this in Romans 6:1-14.  It should be so much fun! 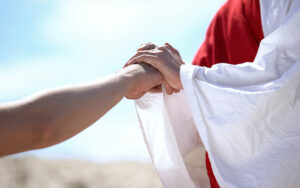 Solely on Our Union with Christ 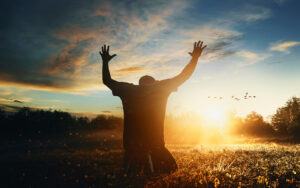 Throughout this series, “United with Christ, I see things in Romans 5-8 that I’ve studied before, but they have come to me with new freshness and joy.  Focusing on these chapters has given me a new sense of freedom from the power and penalty of sin and Jesus being my righteous advocate before God.  It is simply a stunning display of God’s grace and power that stir me to gratitude and worship.