On Saturday afternoon, prior to the Marriage Banquet, I texted the elders this:

“Hey guys, as you know Galatians 4:1-7 is one of the most dense, glorious texts on redemption in Paul’s writings. Would you pray for 2 things: 1) that I could do this text the justice it deserves. God has been really kind in my prep this week & my heart is bursting in gratitude for Jesus’ work for me. And I don’t want to come out of my shoes so much that I communicate it poorly. 2) pray for our church because this text matters to so much of how they see their lives, children, jobs & world. And ask God to do what He does…apply this broadly in their hearts. Thanks!”

This text to our leaders gives you some insight into what I was feeling after a week of study in Galatians 4.  After delivering this sermon, I’m very grateful that the Lord answered this prayer.  And want I want to do in this version of “musings” is give you some thoughts on how a sermon like this can be applied.  However, I don’t want these thoughts to take away from what the Lord taught you yesterday while you listened.  God is the better counselor, pastor, and teacher and I trust that He will apply this in ways that I cannot comprehend or even know.

The part of the sermon that I prayed for broad application in our hearts was about the “elementary principles of the world”.  You’ll remember, if you were there, that I tried to trace this back to Adam and Eve in the Garden of Eden and what they did the moment they sinned…they attempted to cover their sin and shame with their own coverings…fig leaves.  And I tried to track this in the Galatians and in the Jewish reader’s mind.

But one of the things I didn’t have time for was to look at the other places where Paul uses some form of this same phrase.  This will help you see this idea even further:

Now, what you will notice is that each time Paul mentioned these “elementary principles” or “elemental spirits”, it had to do with some form of religious exercise:  observing “days, months, seasons, years”…”human tradition”…”Do handle, taste, touch”…”self-made religion and asceticism and severity to the body”.  All of this goes hand-in-hand with what I mentioned yesterday:  the most basic way, the most elementary way that mankind has tried to be right with God, to be children of God is through human effort and performance.

So, if you’re keeping score at home, you can see why this is the human performance is the most basic way the world operates.  The covenant of works = obey perfectly, do enough good deeds to cancel out the bad stuff you’ve done, Karma, are all versions of the “elementary principles of the world”.

In the book of Galatians, the word “until” is used 5 times.  Of those times, the first four times it’s used, notice how Paul uses it:

Each of these first 4 times, Paul uses “until” it has to do the fact that we’re under the curse of the law, elementary principles of the world…until Jesus came and until faith was revealed to us.

This tells us something…there is a way to live in a world of performance and not be bound by its slavery. So, the big question is ‘how’ or what are practical ways this can be done?  I said yesterday, “human performance and human effort might be the way the world operates, but it’s a lousy way to be made right with God.”  How does believing in the gospel of grace, change us so deeply that we’re not controlled by a world of performance?  Let me offer some things that have helped me through the last several years:

Let me close this section with a personal story about this:  as most of you know, I coach baseball in our community.  This season is my 20th at Umpqua Valley Christian School.  The Lord has been very kind to me to use this as a platform, but also He’s been kind to use it to shave off some rough edges in my life.  What many don’t realize is that when I started coaching, winning was everything to me. Our first year we went 2-16 and the following year we went 11-10 and I was voted our league’s coach of the year.  But something was wrong with me…my priorities were all out of whack and I was doing this for man’s applause and for the accolades of winning.  So, the Lord convicted me deeply and I resigned from coaching at the start of what would’ve been my 3rd season.  The timing of it is my biggest regret in coaching because I let those young men down.  But the decision was the right one.  By 2001, the Lord had changed some of this, but not all of it and Jill and I felt it was time for me to re-enter the coaching ranks with a new purpose:  the glory of God and the good of these young men and their families.  Well, within 2 years back in coaching, we won a state championship and we were on a roll.  My heart was getting checked right off the bat and I really sense things were right in my heart.  But in 2008, I started noticing the subtleties of living for man’s applause and success enslaving me again.  I saw it in my relationships at church and how I was handling the young men on my team.  I remember being in John Day, Oregon for a tournament and I went on a walk where the Spirit of God challenged me about this.  I took some time to repent and asked God to forgive me.  Then I started on my walk again and walked to the field we were playing on that day.  It was freezing and the groundskeeper was there working the field.  When he picked his head up, I realized it was a legendary coach from Grant Union High School that I really admired.  Before I could say anything, he called me by name, then began to rattle off how much he respected me, admired my teams and couldn’t wait to watch us play that day.  I was floored…here was “man’s applause” coming my way from someone I admired…how would I react to this news??  I remember it well…I thanked the man for his kind words, then walking off the field I said to the Lord, “thank you God for the kind words from this coach…but it adds nothing to my value or my identity in Christ and it is not what I live for or why I coach this game…but thanks!”  It really didn’t matter to me anymore.  And for the first time in my life…I felt free.  The gospel had changed me and freed me.

I hope this encourages you and helps you apply the truth of this gospel to your souls.  I love our church and I am so grateful for God’s work in our midst.  May the grace of God be amazing to you this week. 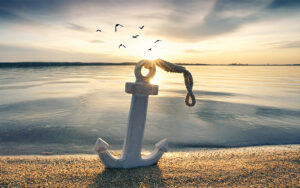 An Anchor For The Soul

There have been few moments in my ministry that have happened where the Lord seemed to change directions on me at the last minute. This past week, really wasn’t one of those. 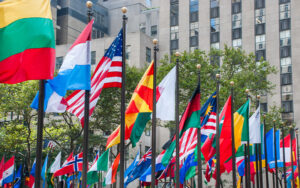 Let The Nations Be Glad

We finished up our Summer Psalms Series on Sunday. And what a great series this has been. When the idea for this series first popped into my head, I wanted it to be a “refreshing summer experience”.