My flight from LAX to Manila was 14 hours, and I flew over on Philippine airlines. One of the very interesting things to me is that Asian airlines are so classy and professional. Philippines Air treats you like royalty and feeds you really well. Here’s a picture of one of the meals I had on the plane.

I landed at 5:30 pm on Friday, which was 2:30 am on Friday by my body clock. One of my goals is to get adjusted to the time ASAP, so I stayed awake most of the flight. When I hit the bed that night I was ready to sleep.

Cross of Christ Salvation Gospel Ministries, Jeffrey Jo’s church, hosted its Leadership Summit today. They had leaders from their church, as well as other churches, join us. About 125 folks were present. Dave Taylor, Lynn Baird & Riley Spring all spoke on the theme of “ The Supremacy of God’s Word.” It was fantastic.

One thing that amazes me is the joy that exited from the Filipinos. Here’s a very brief video of one part of a worship song to give you an idea.

These people flat-out get after it. And they take tons of pictures! They want to capture everything on their phones and post it on Facebook. The Philippines is the largest user of Facebook in the world, which doesn’t surprise me.

After the summit, we spent time with the elders of Jeff’s church, listening as they recounted God’s faithfulness to them as a church. They’re celebrating their 30th church anniversary on Sunday, and their stories were compelling and encouraging. Hearing each man talk about being rescued from his sin, how their family was cared for, and how the gospel has advanced was really cool to hear. I was so humbled to be in the room with those brothers.

Saturday closed with dinner with Jeff and his family at a restaurant called Kenny Rogers. And no, “The Gambler” wasn’t playing, nor was any country music. Here’s a picture of Jeff’s crew:

The church service for Jeff’s church was held at a larger venue than their church building because they wanted to have all their services and sister churches together for one joint service. The venue seated around 450, and it was packed. Because of COVID protocols, they still have to have people register, and they couldn’t just pack the place full. But it was still very full.

For 30 years, this church has been faithful to God and His gospel. They have had an enormous impact on their community and area. There were 9 government leaders in attendance because of this influence. It was awesome to be a part of it.

Jeff asked me to preach on this special occasion, and I am humbled that he asked me. I preached from Romans 11:33-36 on the wisdom of God. My goal was to marvel at God’s worldwide salvation plan. Only God could’ve thought of a plan to put people from Australia, England, the US, and the Philippines in that room on that day. It was like a Revelation 7 moment on earth.

Here are some videos and pictures of that day:

And the one that stirred my heart…

On Sunday night, Jeff’s worship team hosted a Zoom Worship Conference with us as the guests.  People from all over the Philippines joined us online to ask questions and hear how we lead our churches and worship leaders, and pastors work together.  It was fun.  The folks online had great questions which challenged all of us.  But it was a great privilege to serve these brothers.

Monday and Tuesday, we did oral tests or exams for the men from the sister churches connected with Jeff. Because there were so many men going through the ordination process, we had two groups of panelists who did the oral exams.  An oral exam is not something you get in a dentist’s chair.  It’s a group of theological and pastoral questions intended to understand the ordination candidate’s knowledge of God’s word and how to apply it.  It normally takes about 2 hours with English speakers, and it took a bit longer with some of these brothers because of the language barrier.

There was some tough sledding, but I will say that each candidate did remarkably well. It’s challenging doing an exam like this in your native language, so imagine how hard this would be to do it in a foreign language.  We were really impressed with these guys.

Of the 9 men that went through the oral exams in Manila, 6 of them passed.  The other 4 need a bit more time to study and grow.  But I also believe

that getting the information in their native language will help them tremendously.

Here’s one of my favorite videos.  It’s the moment we inform some men from Manila that they passed their oral exam.  We joked with them at the beginning and told them they did not pass, which caused them to panic a little:).  But this video shows their excitement:

Travel day to Cebu City for our next round of exams.

In Cebu, we met up with Nilo and Nadine Ebo.  Nilo has pastored His Dwelling Place Church in Cebu for over 30 years.  And Nadine has faithfully served him and their church.  They are a true team in ministry.

Riley, the 6 foot 5 Australian, who was a part of our team, went back home to Sydney…or at least tried.  His flight was delayed for 2 days, and he finally left Manila on Friday night.

We were treated incredibly in Cebu, and we stayed in a Casino Resort called The Waterfront.  Here’s a view from my room:

These days, we did oral exams for the 6 brothers from Nilo’s sister churches.  They are some of the most joyful, humble men you’ll ever meet.  They were gracious, willing to learn, and eager to grow in Christ.

Of the 6, 4 passed, and the other 2 need a bit more time to work on a few things.  Here’s a picture of the entire group:

I love these men and am amazed at God’s kindness in allowing me to play a small role in encouraging them in gospel ministry.

A day off!  We were driven around Cebu by our faithful driver, Dan-Dan.  He took us to a coffee shop in the hills just outside of Cebu.  These pictures don’t do it justice.  It was beautiful.

Saturday night, we had dinner with Nilo’s extended leadership team at our hotel buffet (one reason I gained 4 pounds!).

We celebrated church at His Dwelling Place Church in Cebu.  Tony Walsh preached a great message from 1 Peter 5 and the calling of a pastor.  Dave Taylor led Nilo’s installation service as an SGC-ordained pastor.  It was a great service.  I’ve included a short video of their worship team, led by Tak-boi (not sure of the spelling), but he can pick an electric guitar!  His daughter is the vocalist.  Quite the talented family.

Directly after church, we jumped in a van and headed straight to the airport to catch our flight from Cebu to Manila at 2:15.  We had a 5.5-hour layover in Manila until our 9:00 p.m. flight from Manila to LAX. It was delayed by over an hour.  The flight was smooth but long, and it was LATE!

My next flight was scheduled for 9:55 p.m. to Portland.  So, doing the math…by the time we landed and got to the gate, I had 1 hour and 15 minutes to go through customs, get my bags, recheck by bags, go back through security, and get to the gate.  With some kindness given to me by the gate agents and some people in line, I was able to get to my gate just as they were calling for the last passengers to board!  Praise God!

I landed at PDX around 12:15 a.m. on Monday morning, which my body clock said was 3:15 p.m. that afternoon.  I traveled to my hotel in Keizer and got some needed sleep after a long travel day.

I continue to be amazed at the fact that Jesus is building His church all over the globe.  I can get really myopic and short-sighted, and this trip is another reminder that the King is at work.

I’m grateful for our brothers and sisters in SGC, domestically and internationally.  One of my joys for this trip was traveling with Lynn Baird and Tony Walsh.  Lynn first went to the Philippines for SGC in 1987.  This was his last trip, and he got to see SGC Philippines officially get launched.  Tony was my first connection to SGC, and he had traveled with Lynn to the Philippines for several years up to 2012.  It was awesome reconnecting with him and seeing the joy on his face watching SGC Philippines move forward.

This is one of the reasons why I think a denomination is so helpful.  We act locally while thinking/praying globally.  We could not be a part of this work in the Philippines if not for SGC and men like Dave Taylor, our Director of Global Missions.  I love being a part of this.

Finally, I’m incredibly grateful for our church and our elders’ support in this.  Our church has “leaned in” to this opportunity, and God has been so kind to me to allow me to lead this endeavor.  I could not do this, nor would I have considered it, without CLF’s support.

Let me know if you have any questions about SGC work globally or in the Philippines. 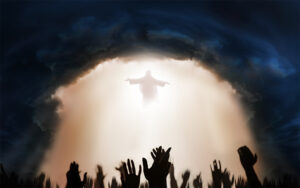 The challenge that Zephaniah gives the student of the Bible is immense.  As with most Minor Prophets, there’s constant friction between immediate and far-off future prophecies.  This is why studying end times (eschatology) is so challenging. 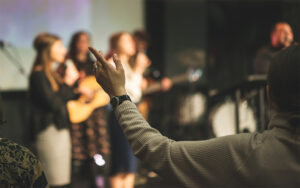 Ramblings About Sunday and the Conference

This week’s edition of musings will be more like ramblings.  It’s been a few weeks since I last posted anything, but I thought I would touch on several things in this post that might be of interest.